The 14th session of the Committee of Intelligence and Security Services of Africa (CISSA) convened this week in Sudan with the unlikely participation of a high-level delegation from the U.S. Central Intelligence Agency.

Fifty-One African intelligence chiefs attended the event, which is slated to wrap up on Saturday.

The participation of a CIA delegation at a high-profile security event in Khartoum has been seen by some observers as a possible sign of thawing U.S.-Sudanese relations.

However, a number of U.S. sanctions - some of which were imposed over two decades ago based on allegations that Khartoum supported terrorism - remain in effect.

In his keynote speech at the CISSA summit, Sudanese President Omar al-Bashir described continued U.S. sanctions on his country as "unjust".

"These sanctions have weakened my country and caused immense hardship for its people," he said.

"But despite the sanctions," he added, "concentrated efforts are being made to achieve national security and stability and to counter extremism."

Al-Bashir made the remarks only two weeks before U.S. President Donald Trump is due to decide whether or not to permanently lift all remaining sanctions.

Sudan, for its part, has consistently denied allegations that it is a supporter of terrorism. 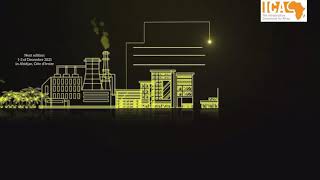 15 years of NEPAD-IPPF, unlocking Investments for Infrastructure Projects in Africa