Moussa had been serving as minister of irrigation and electricity before the government was dissolved.

The announcement came just after Bashir called an emergency meeting of ruling party officials in the presidential palace on the back of growing economic concerns over price rises and shortages.

No other ministerial appointments were announced, but the number of ministries in the new government will be slashed to 21 from 31, a move intended to cut down on spending, National Congress Party Deputy Chairman Faisal Hassan told a news conference.

The ministers of foreign affairs, defense and presidential affairs will remain in their posts when the new government is formed, Hassan said.

Khartoum has been trying to slash expenditures as it grapples with record high inflation, the hard-currency shortage and growing concern over low levels of liquidity at commercial banks.

Long queues outside commercial banks have become a fixture around Khartoum in recent weeks as the liquidity of the local currency has dwindled and ATMs have been emptied of cash. Daily withdrawal limits in some places have been set as low as 500 Sudanese pounds ($16.60).

A presidency statement said the latest measures were necessary to solve “the state of distress and frustration faced by the country during the last period”.

Sudan’s economy has been struggling since the south seceded in 2011, taking with it three-quarters of oil output and depriving Khartoum of a crucial source of foreign currency.

The lifting of 20-year-old U.S. trade sanctions last year was expected to usher in a more prosperous era for a country that had long been isolated.

But economic woes have only deepened as a black market for U.S. dollars has in effect replaced the formal banking system, making it more difficult and expensive to import essential supplies such as wheat.

The dollar has risen to about 47 pounds on the black market in recent months, against an official rate of about 30 pounds. That helped to push annual inflation to around 64 percent in July.

A doubling of the price of bread in January, after the government eliminated subsidies, triggered demonstrations.

Sudan has been without a central bank governor since June, when Hazem Abdelqader died after suffering a heart attack while on a trip to Turkey. 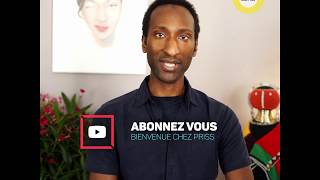