Aller au contenu principal
Mayors from various cities across the world will be attending a two-day international mayor's forum in Kazakhstan capital Astana on July 2 and 3.

Mayors from various cities across the world will be attending a two-day international mayor's forum in Kazakhstan capital Astana on July 2 and 3.

Africa, India, Europe, and Asia will be represented at this 'Global Silk Road' forum by the Mayor. For India, Mayor of Pune, Tilak Mukta Shailesh. Apart from Shailesh, the organizers of the event confirmed that mayors of London, Bangkok and Sydney are also expected to take part. They also said that they expect more than 2000 participants from more than 60 countries.

These include 70 mayors from Silk Road countries, 30 political leaders, representatives of 200 chambers of commerce and industry, and transnational companies and more than 150 foreign speakers and moderators.

The primary aim of this global interaction is to develop new mechanisms for promoting regional peace, sustainable development, economic partnerships and strengthening of cultural exchanges.

Providing details of the event, Kazakhstan's Ambassador to India Bulat Sarsenbayev told ANI in an interview that, "Based on the results of the forum, it is planned to establish a Club of Cities Mayors, the Association of Businessmen, Universities, Journalists, Poets of the Silk Road Countries, as well as a platform for women and youth organizations."

A release provided by the Kazakhstan embassy in New Delhi said that a special participant will be the "Sophia Gynoid" developed by Hong Kong-based Hanson Robotics. This robot has skills to adapt to human behavior and communicate with people. The "Sophia Gynoid" is the first robot in the world to be granted citizenship - by Saudi Arabia.

There will also be a football match played between one team comprising of mayors and governors of Kazakhstan and international football veterans.

A key highlight of the two-day event is celebrated Chinese artist Shu Yong's architectural masterpiece called the "Golden Bridge of the Silk Road". Based on the ancient Zhaozhou Bridge in China's Hebei Province, this large installation work, stretching 28 meters in length, will convey a message of a united community with a common future. It is being promoted as a cultural symbol of the BRI.

This work was previously showcased at the Milan Expo 2015 and was selected for the Forum of International Cooperation "Belt and Way" held in Beijing. It has also been showcased at other important events. 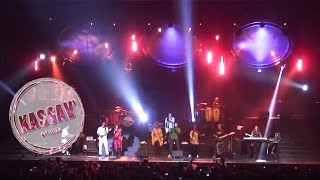 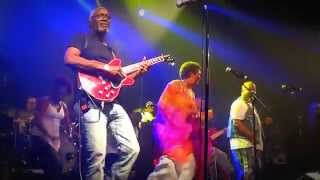