Aller au contenu principal
Leaders of South Africa's governing ANC party are due to meet to decide the future of President Jacob Zuma.

"We know you want closure"

Leaders of South Africa's governing ANC party are due to meet to decide the future of President Jacob Zuma.

The National Executive Committee (NEC) is likely to ask him to step down, says BBC Africa Correspondent Andrew Harding.

ANC president Cyril Ramaphosa acknowledged on Sunday that the issue was causing "disunity and discord".

Mr Zuma, 75, faces a number of corruption charges after nine years in power.

"We know you want closure", Mr Ramaphosa told a crowd marking 100 years since the birth of the country's first black president, Nelson Mandela.

An NEC meeting was called off last week following direct talks between Mr Zuma and Mr Ramaphosa, who is the deputy president as well as the new leader of the party.

Mr Zuma has resisted increasing pressure to quit since December, when Mr Ramaphosa replaced him as leader of the ANC (African National Congress).

Correspondents say that if the NEC agrees to recall Mr Zuma, it would be very difficult for him to resist.

"As you have all heard, the National Executive Committee of the ANC will be meeting tomorrow... and because our people want this matter to be finalised, the NEC will be doing precisely that," Mr Ramaphosa told the rally in Cape Town.

He acknowledged the ANC was suffering "a period of difficulty, disunity and discord" and said he wanted to replace it with "a new beginning".

He pledged to tackle the corruption that has marred Mr Zuma's time in office.

Mr Ramaphosa urged South Africans to restore the values that Mr Mandela - also known as Madiba - stood for, and said those who had stolen state assets would be brought to justice.

"We must work together as Madiba taught us to push back the frontiers of poverty, unemployment and inequality," he said.

Mr Zuma's presidency has been overshadowed by allegations of corruption.

In recent years his links to the wealthy India-born Gupta family, who are alleged to have influenced the government, have caused his popularity to plummet.

Both Mr Zuma and the Guptas deny the allegations.

In brief: The allegations against Zuma 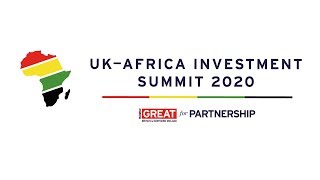